What are p-adic numbers ?

P-adic numbers are an original way to look at the (limit of sequence of) elements in .

For a prime number, define as the exponent of in the decomposition of in a product of prime factors. Also define

Then is a distance on integers.

In with the distance , note that the sequence converges towards .

Various results can be proved using p-adic numbers. I discovered them in “Introduction to number theory”, where they are used to determine whether an ellipse has rationnal points. They also enable to give a meaning to

A p-adic number can be written where the sum might be infinite. Though it seems weird because the terms are growing, note that the sequence actually tends to really quickly in

A traditionnal way to picture p-adic numbers is with co-centric circles, like below: 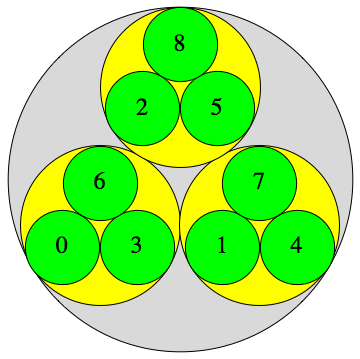 All the credit goes to: Heiko Knopse for this illustration, more are available on his site

My idea is to take this idea to the limit. Formally, for , the complex number is associated to .

is a parameter between and used to ensure convergence. 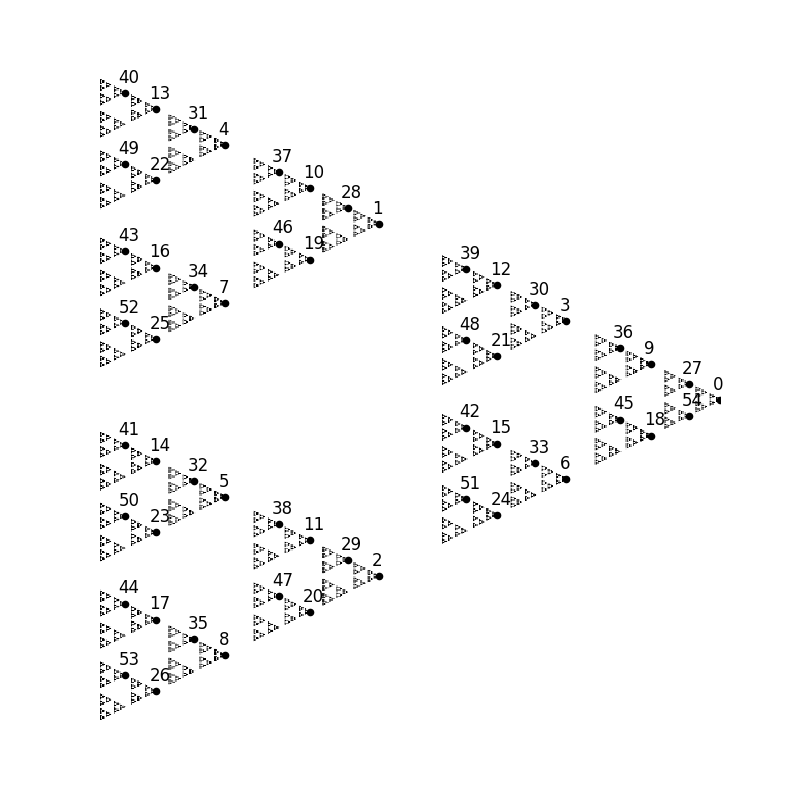 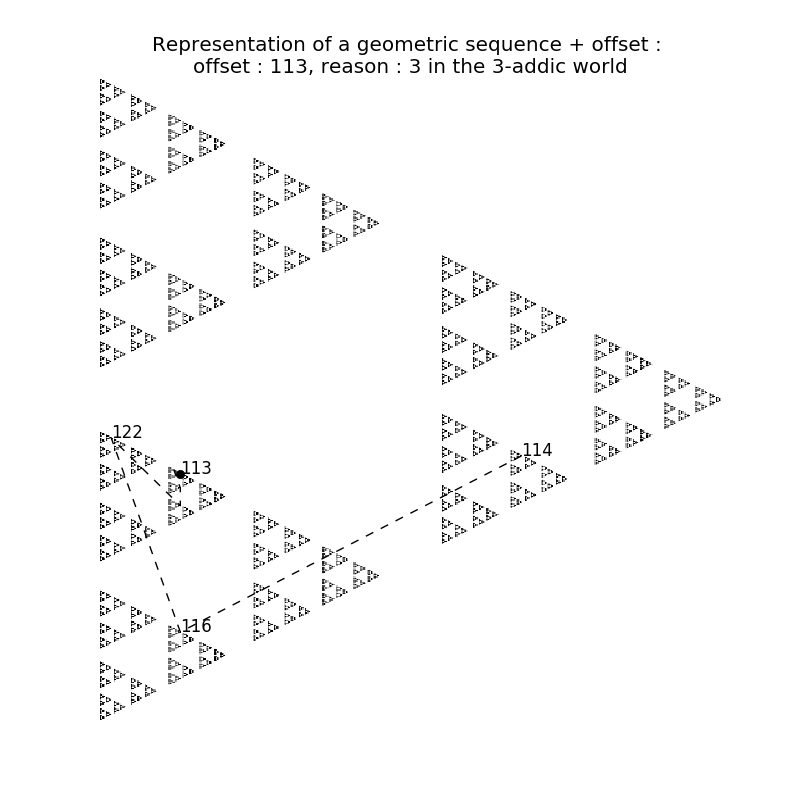 An interesting property is that . It is illustrated below. As you can see, addition in the p-addic representation shifts numbers to the right. 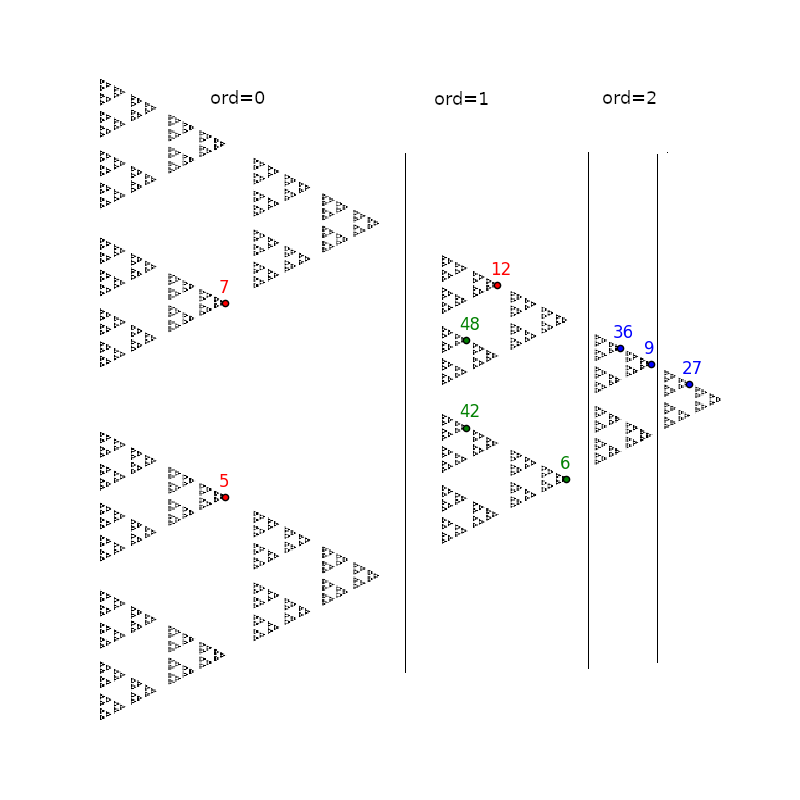 For those interested in number theory, I strongly recommend the following books, they are the reason I discovered p-adic integers and they motivated me to explore them (and write this article!)

Number Theory 2: Introduction to Class Field Theory by the same authors which requires more knowledge in algebra and group theory.

“One square and an odd number of triangles”, a problem from Proofs from the book also makes an amazing use of p-adic valuations. The problem itself is simple to state:

is it possible to dissect a square into an odd number of triangles of equal area?

And this concept appears here, quite surprisingly.

The first visualization being obtaining using the following:

# Introduction## Why would you do this ?After all, scikit learn already has the [DecisionTreeClassifier](https://scikit-learn.org/stable/...… Continue reading